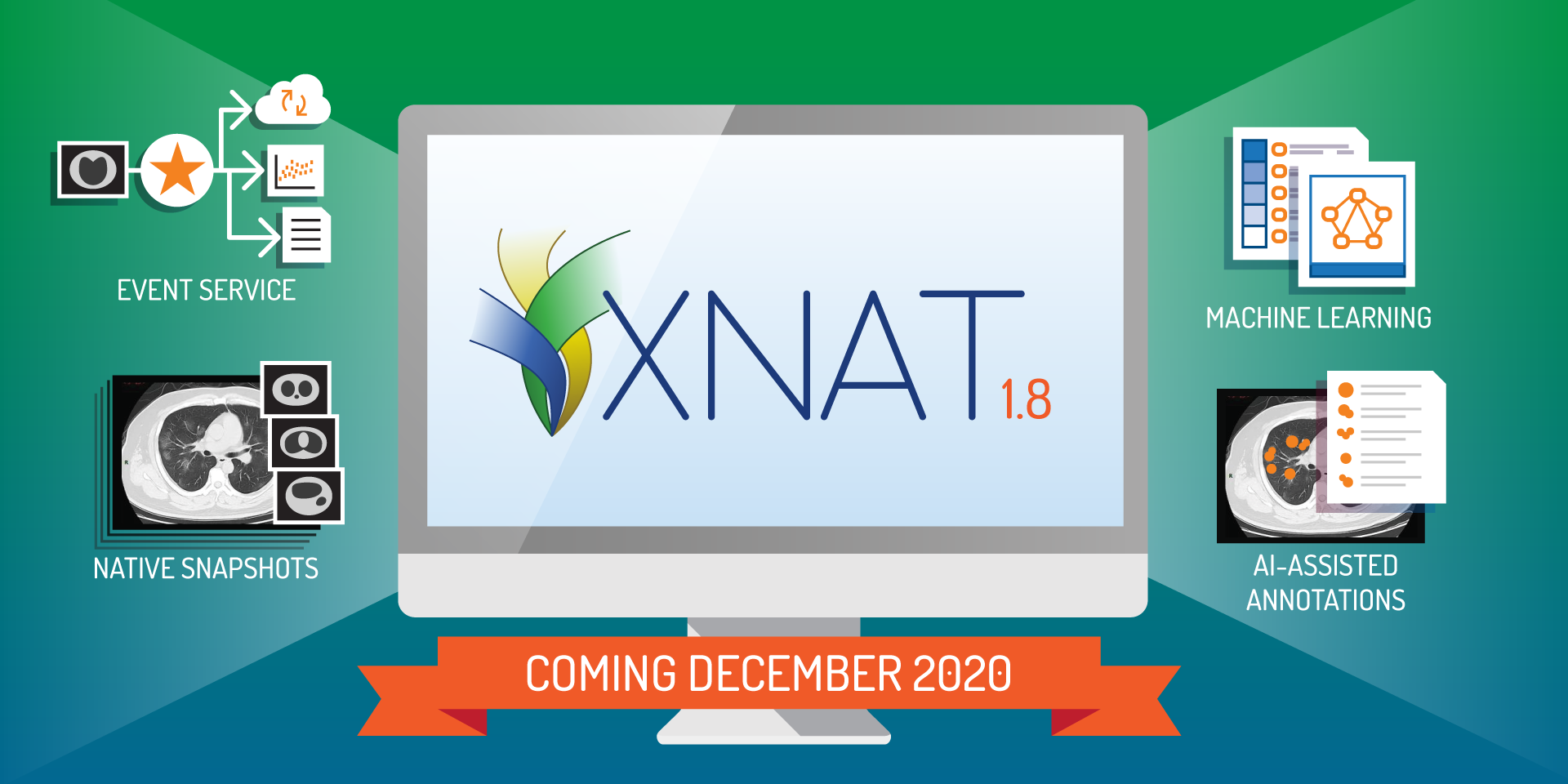 The XNAT team is putting the wraps on the XNAT 1.8 software release. This will be a major release with a lot of new features and improvements, but with an easy upgrade path for users in the XNAT 1.7 realm. Final testing will begin this week, and the release will be available in January 2021.

Event Service - Automate tasks such as processing, container execution, and more based on native XNAT events such as image session archiving, experiment creation, or even data deletion. The Event Service is fully extensible and can be used by plugin developers as well.

Native Support for Machine Learning - The XNAT ML tools are seeing continued development, but they are now supported in core XNAT. This means native support for concepts such as models, configurations, and training experiments.

New Processing Dashboards - The Batch Launch Plugin is being released concurrently with XNAT 1.8 and offers greater refinement in grouping experiments, assessors, and even individual scans across multiple sessions for container launches.

Improved XNAT OHIF Viewer - The XNAT OHIF Viewer 3.0 plugin is being released concurrently with XNAT 1.8, built on a new React platform and offering improvements to scan viewing and annotation, as well as improved support for Machine Learning workflows.

Native Snapshot Generation - XNAT used to rely on the Autorun Pipeline, and thus the Pipeline Engine, to generate snapshots for imported scans. Now this functionality is available on-demand as a native service, and includes the ability to create montages on the fly.

Improved Resource Handling, including "Triaging" - Project owners can now make it much easier to specify and manage required resources for their projects.

Multiple UI & Usability Improvements - XNAT now has a new and improved compressed uploader, as well as many other improvements across the user experience.

Deprecation of the legacy XImgView viewer - We strongly recommend moving to the XNAT OHIF image viewer plugin, which will continue to be updated and improved. However, if you have workflows that depend on the legacy viewer, it can still be installed as a plugin.

Contributions to the XNAT Documentation site are licensed under a Creative Commons Attribution 3.0 Unported License.